A live performance project created by Carys Shannon and supported by Arts Council of Wales and Volcano Theatre Company. Presented from February 22nd – March 22nd 2013 at Volcano, 229 High Street, Swansea as part of The Birthday Party festival. The work focused on a participatory experience for the audience that is based on active listening, empathy and memory work. The work is a further development of I’m Listening (A Case for Empathy) a scratch performance presented as part of Elysium Gallery’s performance art festival, Disruption, in Swansea 2012.

The project is conceived from a sense of urgency in that we need to re-learn how to listen to each other and re-discover the experience of empathy. The Empathy Booth is a confined space where the participant is invited by the silent artist to respond to questions drawn from the surrounding environment/inputs, or to listen to a true memory experience recorded by the artist. The performance uses active listening, eye contact and the skill of holding the space to allow reflective silence for the participant, or asks the participant to maintain eye contact with the artist whilst listening to their memories. Through this intimate exchange a feeling of empathy and connection is created in the space between the artist and participant.

Working with young people to imagine and facilitate a performance in their community space. Exploring the idea of imagination and possibilities to break down social barriers to art/participation within a community and using young people’s skills to create community dialogues and responses to a professional performance project of their own creation. http://www.nightout.org.uk/night-out/night-out-young-promoters-scheme.aspx

Working as part of a team of artists in residence within Bangor to address the question submitted by Bangor Youth Group, Do young people have the opportunity to realise their individual potential, abilities and goals in today’s society? Exploring this question through personal research and creative response, collaborating with the team of artists and young people to devise a performance/debate event that activated the local community in a dialogue about these issues.

Inviting primary school children to experience their local area through a series of sensory exploration workshops where they are asked to respond creatively through drawing, audio recording, still photography and written work. Working with each class through a process of consensus decision-making and creative collaboration to shape this work into a completed film and community installation.

Working with artists and creative practitioners on memory and sensory explorations that could be used to activate dialogues within socially engaged art projects. 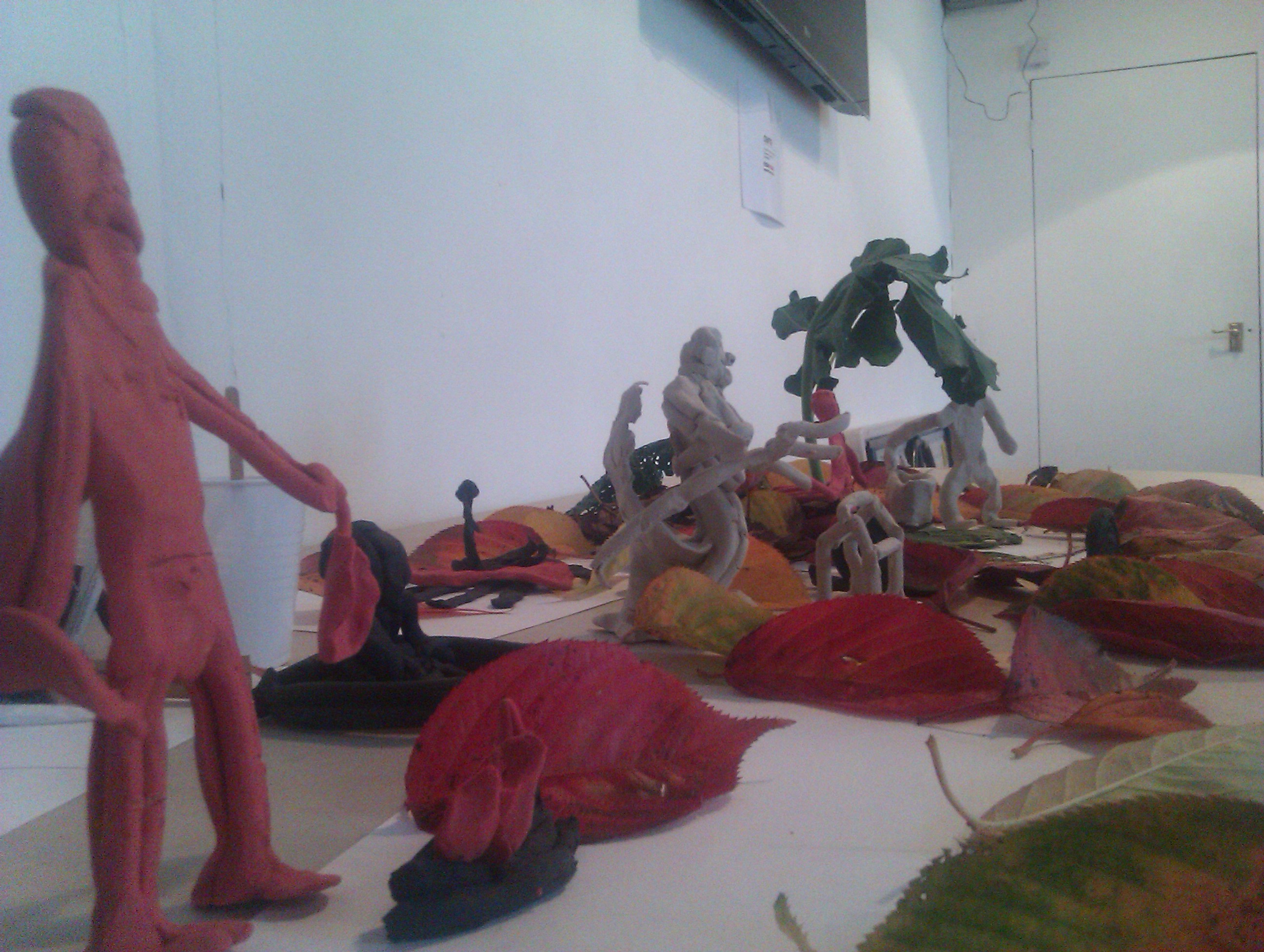 An introduction to writing exercises based on memory and sensory responses for theatre writers.

Working as a producer with artist Owen Griffiths on the further development of his project Vetch Veg. Firstly, to build a shed/library at the centre of the community garden. The shed would act as a meeting space for the gardeners, a library and a recreational space. Secondly, The Festival of Ideas was commissioned and developed in order to launch the space of possibility that the shed offered. A weekend long series of talks, installations, lectures, gigs, feasts, yoga and cooking actions across the site, for free.  http://www.arts.wales/43997

Working as a producer with artist Owen Griffiths to activate community dialogues within the Sandfields area of Swansea (site of Vetch Veg) about the future of Swansea through an exchange of ‘pizza for ideas’. Working with local members of Vetch Veg to make and deliver pizzas to the wider community and record the responses.

A performance art installation as part of the Disruption 2012 festival in Swansea. A listening booth was installed on High Street where members of the public were invited to share stories with a silent listener. The booth, situated in the post-apocalyptic future, offered a commodity that had become more valuable than money – empathy.

Working as a producer with artist Owen Griffiths on a year-long project from September 2011-12, commissioned by Adain Avion, Cultural Olympiad Wales. Vetch Veg is a community vegetable garden created in collaboration between residents of the Sandfields in Swansea. An urban utopia in the centre of the city was created on the historic ground of the Vetch football field. The site is now a permanent community vegetable garden. 110 Beds now fill the 2,500 mtr sq site, with members of the community, families, organisations, churches, retirement centers and charities can grow their own food. The site also contains a kitchen, numerous communal beds, and two polytunnels. The gardeners care for the site, learn bee keeping, and cob oven building skills as well as keeping chickens and preparing food in the kitchen.

Working within the Port Talbot community with charities, vulnerable individuals and carers to share memories and stories, and to offer these for creative response by Owen Sheers and Michael Sheen during the performance of The Passion.

Working as creative producer with the local community in Butetown to gather stories from the Butetown area that were interwoven into a site-specific performance. Editing the radio script in consultation with BBC Wales to record for the performance.